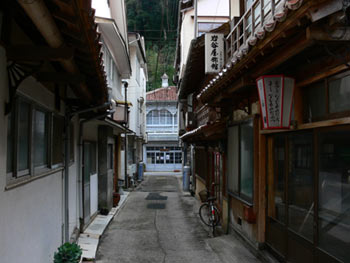 The remains of the Iwami Ginzan Silver mine, which was active from the 16 th to the 20 th century, are located in the Shimane Prefecture, on the west coast of Japan, on the shore of the Sea of Japan in a mountainous region. The zone inscribed on the World Heritage List (core area and buffer zone) includes the mine, the mining and refining infrastructures, as well as the remains of the miners' towns and settlements which include, among many other buildings, intendant's offices, houses, roads, ports, castles and temples.

The remains of the Iwami-Ginzan Silver Mine offer a comprehensive panorama of silver production from mining to shipment. This confers outstanding universal value on the Iwami Ginzan site, all the more so as its state of conservation is remarkable.

Iwami Ginzan Silver Mine and its Cultural Landscape (UNESCO Website)